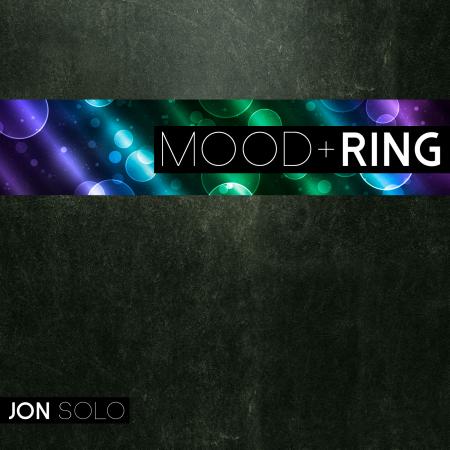 Overview:
"Somewhere between the vast distance that separates the mind from the heart lies a source of constant conflict and question that we refer to as moods. Unlike feelings, moods change with the mere suggestion of change. Unlike attitudes, moods cop their own behavior. Joy is an example of a feeling. Happiness? It is an attitude. But Ecstasy is a Mood! Then there is Depression... another feeling. Sadness? Once again, an attitude. But Desparation is a Mood! Music has a powerful effect on our moods."

The was the liner note on the CD. But the album was really not about that.

In my second commercial CD release, as I wrote the music I explored how change in sound or texture would also play a role in creating a mood. There was no particular direction other than to keep writing music that could be transformed electronically. I wanted to go deeper than EDM, so in a similar manner to my first commercial CD, Solosphere, the tracks came together. This time I added some hybrid elements (notably in Alone, Do Anything, and Close Your Eyes), which would continue to play a larger role in my music made in the second decade of this century. The music was written between November 10 and 11, 2002, and then again between June 29, 2003 and November 9, 2003.

The track When Dreams Go was a favorite online radio play for a number of DJ's. Sadly many of those radio stations are no longer around, but it still shows up on iHeartRadio and Spotify on many playlists.

Details:
When Dreams Go has a 6 minute version in addition to the album cut of 3:58. This extra long play was the version featured on many online radio stations when the album was first released.

Alone was not a new song for this album. The original appeared on an unreleased cassette recording I had done in 1989 called Visions of a Dark Knight.

Close Your Eyes was not originally intended to be an instrumental. Lyrics were written for it and it was supposed to be on my group's album Solorayz- Songs From The Couch. The variety of this album is reminiscent of the Solorayz album, which was intentional.

Footnote:
For the record, my favorite track from this album is Nocturnal Transmissions.

The latest dated track on this CD is Once in a While which was purposely titled that way (versus Once in Awhile). It was a track that had been around since the beginning of Solosphere which I tweaked and added to this project. It also is a date marker for when I began exploring the idea of doing one whole album in a single 24 hour period. As a result, within a month I had began writing a ton of new songs that would be the basis of my next album.