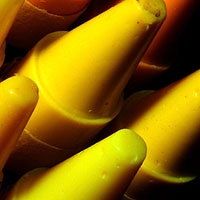 Over the summer, as you might know by now, I spent most of my time working on a soundtrack. It was orchestral and cinematic in nature. Once it was over, I thought, "what now?" Would I keep with my "summer" formula of orchestral music?

That would not make sense considering I have an open faced project called Cra+ Ons which is nearly complete, albeit finalizing a few songs. So I began work on an idea that cropped up just at the tail end of the summer. It was not necessarily intended for this project but it has ended up going there.

Not only is it finished but you can hear the final product: